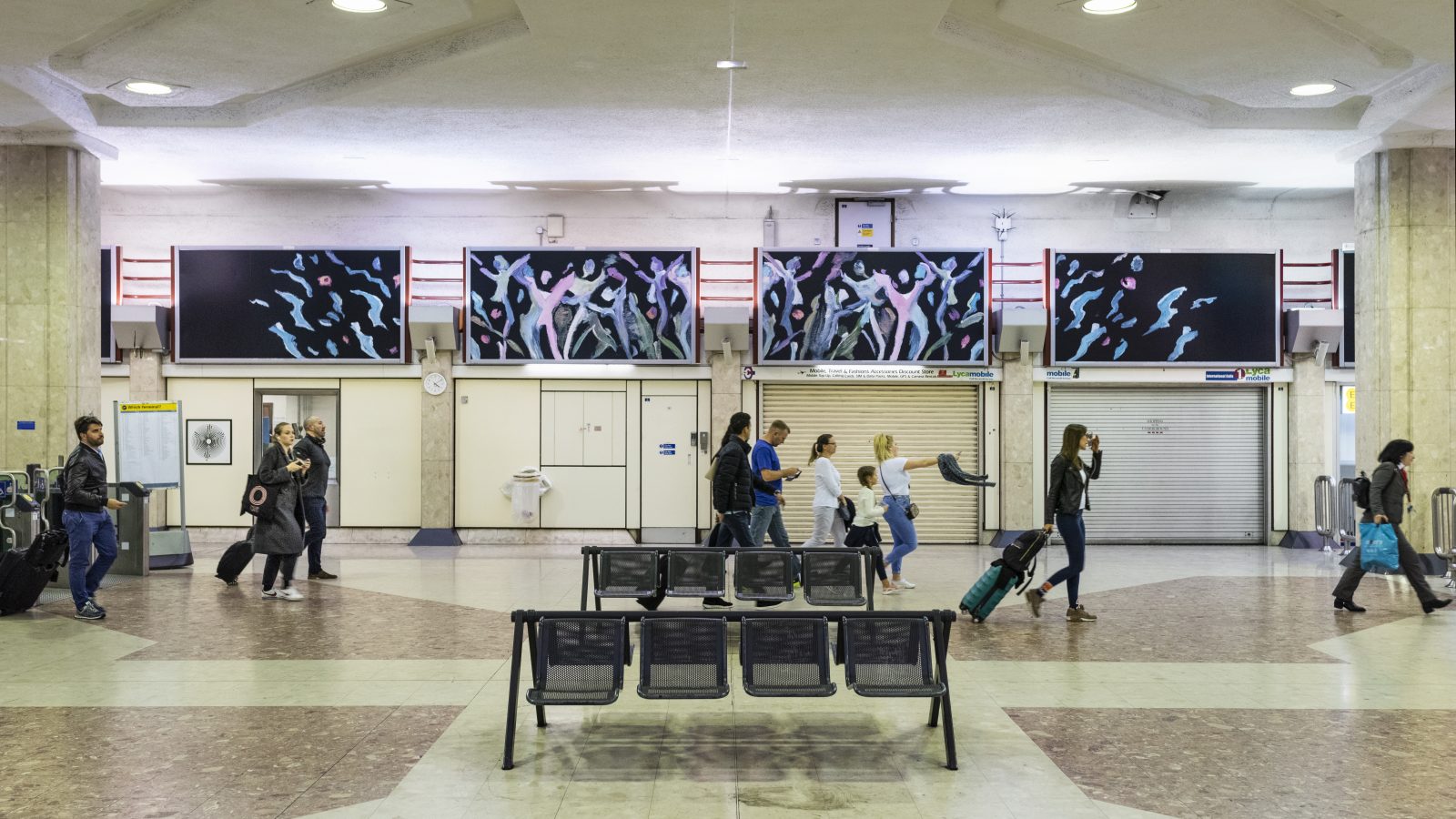 An ambitious new commission by artist Laure Prouvost, presented by Art on the Underground, spans 270 sites across London

Two-hundred and seventy Underground stations across London are the canvas for an ambitious new commission by French artist Laure Prouvost, presented by Art on the Underground. On view until 15 December, the commission spans printed posters, digital screens, and the covers of six million pocket Tube maps, as well as major installations at Heathrow and Stratford stations.

For her first public commission in the UK, Prouvost – who won the Turner Prize in 2013, and is currently representing France at the Venice Biennale – has returned to her interest in sign painting, referencing her own artistic tradition, as well as the London Underground’s history of wayfinding and graphic design. Each poster is a digital reproduction of an early, hand-painted sign, complete with a sentence devised specifically for the Underground in its iconic Johnston typeface.

These new additions to the London landscape capture the playful and poetic voice that has become synonymous with Prouvost’s practice. Based in Antwerp, the artist lived in the UK for 18 years, and delights in multilingual wordplay and puns; a poster stating ‘you are deeper than what you think’ is both a literal reference to the Underground, and an invitation to commuters to pause and reflect. Another – ‘you’re going in the wrong direction’ – offers the same scope for dual interpretation.

Additional works include ‘oh stay with us the party has just begun’, which fills the entire atrium of Heathrow station, and ‘ideally these words would pause everything now’ – a 20-metre sign which addresses the millions of passengers who pass through Stratford station each day. 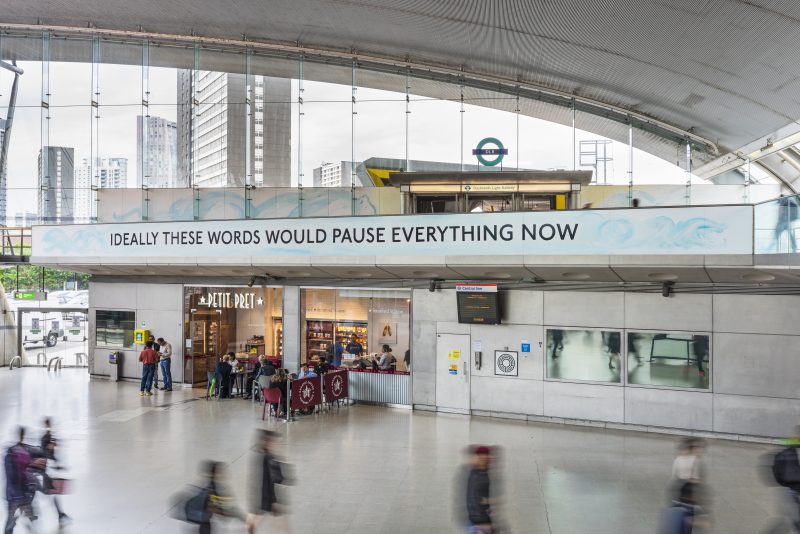 Recurring throughout the commission is Prouvost’s Grand Ma, a figure prominent across the artist’s oeuvre. Floating through blue skyscapes, Grand Ma appears in Bethnal Green, Notting Hill and Stratford stations, as well as on the cover of the Spring 2019 pocket Tube map.

Commenting on the addition, Prouvost says: “In my dream and Grand Ma’s we were in the underground and they asked us to fly (post) along the walls… deep down to reach new states, for you to stay with us and stay connected. Her dream is here…”

Prouvost’s new commission launches on 20 June 2019 at Stratford station, with a performance by the London Transport Choir, written by Prouvost to celebrate London, the UK and the future of our relationship with the EU. With 1.3 billion annual journeys on the London Underground every year, the commission will have a vast presence in London.

“Prouvost’s hand-crafted signs, painterly drawings and playful messages create an intimacy with her huge audience, the millions of people travelling through London,” said Eleanor Pinfield, Head of Art on the Underground. “Enveloping us in a fictitious world, each one of Prouvost’s signs seems to speak directly to us, a small spark of connection to our environment as we travel through the city.”

2019 is an uncertain time for the United Kingdom as it faces the prospect of withdrawal from the European Union. “Across 2019, Art on the Underground’s commissions are exploring what it means to be ‘on edge’ and asks how artists can play a role in developing ideas of togetherness and belonging,” continues Pinfield. “The humorous messages and language slippages in Prouvost’s signs are an echo of the voices of this international city, a reminder not to overlook or mistranslate those around us.”

Reflecting on the emotional weight of longing and belonging to the city as it faces this edge, Art on the Underground’s programme will present a wide range of commissions across London from leading international artists including Aliza Nisenbaum and Denzil Forrester at Brixton station; Larry Achiampong at Westminster station; Nina Wakeford who will present her two-year research project of the new Northern Line Extension; and a Pocket Tube map cover designed by Bedwyr Williams.

Prouvost’s commission for Art on the Underground is across all 270 London Underground stations from 20 June to 15 December 2019.

Want to join our team? We're always interested to hear from people who share a passion for what we do.